The Jallianwala Bagh massacre also known as the Amritsar massacre took place on 13 April 1919, when Reginald Dyer ordered troops of the British Indian Army to fire their rifles into a crowd of unarmed Indian civilians in Jallianwala Bagh, Amritsar, Punjab which killed at least 400 people including men and women and over 1,000 people were injured.

The Jallianwala Bagh Massacre of 1919 in Amritsar as a ‘shameful scar’ on British Indian History. It is also called a Massacre of Amritsar and one of the most tragic yet landmark events in the history of India.

On 13 April 1919, people gathered at Jallianwala Bagh Amritsar to celebrate the important Sikh festival of Baisakhi and peacefully protest the arrest and deportation of two national leaders, Satyapal and Saifuddin Kitchlew.

Suddenly, a British military officer, General Dyer, entered the park with his troops. Without giving a warning to the people to disperse, he ordered his troops fried at the unarmed crowd for ten minutes and the firings stopped only when the soldiers ran out of ammunition. In those ten minutes, according to the estimates of the congress report, about a thousands people were killed and about 2,000 wounded. There was no official data on the number of deaths caused during the Jallianwala Bagh Massacre.

Rabindranath Tagore in his letter to viceroy, declared : “ The time has come when the badges of honour make our shame glaring in their incongruous context of humiliation and I for my part wish to stand shorn of all special distinctions, by the side of my countrymen, who for their so-called insignificance, are liable to suffer a degradation not fit for human beings”. The massacre marked a turning point in the history of the struggle for freedom.

In December 1919, the Congress session was held at Amritsar. It was attended by a large number of people, including peasants. It was clear that the brutalities had only added fuel to the fire and made the people’s determination stronger to fight for their freedom against oppression.

Later on 13 March 1940 Colonel Reginald Dyer was shot dead, by a man named Udham Singh, a member of the revolutionist Ghadar party who was on a mission of revenge for the Jallianwala Bagh Massacre. 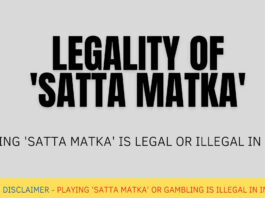