There are twenty-eight states and seven union territories in India. Some of the states are given some benefits by the central government as they fall under the special category states. In 1969 while devising formula for sharing central assistance among states, the Fifth Finance Commission acting in line to the Gadgil formula, had accorded special status to three states on the basis of harsh terrain, backwardness and social problems prevailing in these states. As per Gadgil formula a special category state gets preferential treatment in federal assistance and tax breaks. The special-category states get significant excise duty concessions, and thus help these states attract large number of industrial units to establish manufacturing facilities within their territory. Now many other states have also been categorized under this term like:- Arunachal Pradesh, Assam, Himachal Pradesh, Jammu and Kashmir, Manipur, Meghalaya, Mizoram, Nagaland etc.

Thus the main reason behind this categorization is the development of that particular state where there are many problems due to hilly terrains, international borders etc as there cannot be good industrial development and the finances of the state are also less, thus the centre government comes into picture. 90% of the central assistance is treated as grant and remaining 10% is considered as loan unlike other states which get 30% grant and 70% loan.

The special category states have some distinct characteristics. They have international boundaries, hilly terrains and have distinctly different socio-economic developmental parameters. These states have also geographical disadvantages in their effort for infrastructural development. Public expenditure plays a significant role in the Gross State Domestic Product of the states. The states in the North-East are also late starters in development. In view of the above problems, central government sanctions 90 percent in the form of grants in plan assistance to the states in special category. The most important prescription for special category states is interest free loan with rationalization of public expenditure based on growth enhancing sectoral allocation of resources.

For special category states unlike other states there is no hard budget constraint as the central transfer is high. Through the enactment of FRBM these states are also availing themselves of the benefit of debt swapping and debt relief schemes which facilitate reduction of the average annual rate of interest. There is a necessity of developing all these states at par with other states.

This can only be possible if all these states are guided by the norms of inter-state equity based on fiscal efficiency. There are 12 states which fall under this category till now.

The latest dispute regarding this is the issue that whether Bihar should also be given the status of special category state. The chief minister of Bihar Mr. Nitish Kumar has time and again made this demand because Bihar is economically backward and also falls on Indo- Nepal border. People in Bihar are adamant to get this status, but so far nothing has been done. Orissa, Chhattisgarh also have been demanding this status due to extreme poverty and also presence of Naxalites due to which no proper development can take place. The center has not at all responded to these demands and neither has the NDC (National Development Council)

Thus I would like to conclude by saying that the formation and division of states on the basis of these parameters is very good as it helps those states which have low financial capacity to overcome their social, economic and other problems in such a good manner and this ultimately benefits the people of that region.

Israel and the Palestinians celebrate a ceasefire — but will anything... 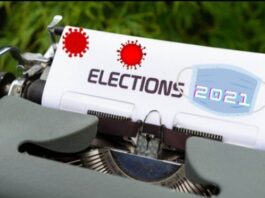