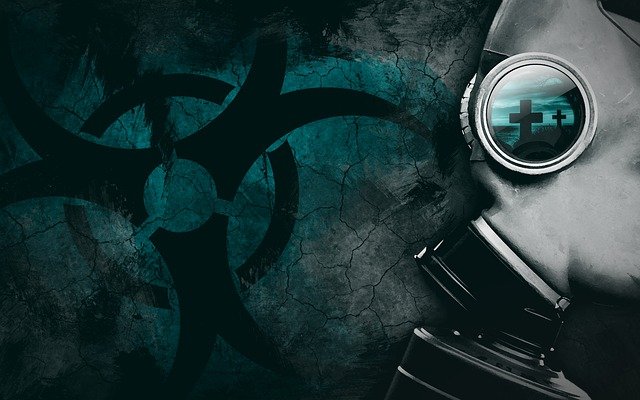 On December 3 1984, more than 40 tons of methyl isocyanate gas leaked from a pesticide plant in Bhopal, India, immediately killing at least 3,800 people and causing significant illness and premature death for many thousands more. The company involved in what became the worst industrial accident in history immediately tried to disconnect itself from legal responsibility. Eventually it reached a settlement with the Indian Government through intervention of that country’s Supreme Court and accepted moral responsibility. It paid $470 million in reimbursement, a relatively small amount of based on substantial underestimations of the long-term health consequences of exposure and the number of people exposed. The disaster indicated a need for enforceable international standards for environmental safety, preventative strategies to avoid similar accidents and industrial disaster preparedness.

The Bhopal Gas Leak, India 1984 is the largest chemical industrial accident ever. 520,000 persons were exposed to the gases, and estimated 8,000 died during the first weeks. 100,000 persons or more have got permanent injuries. The disaster has become the symbol of carelessness to human beings from transnational corporations. It has thus served as an alarm clock. All the same, industrial disasters still happen, in India as well as in the industrialised part of the world. Although they are far from the size of Bhopal, they are so plentiful so that chemical hazards could well be considered as a public health problem. The companies usually E 56 Eckerman Bhopal revised 2005-05-11 2 dispute their own roll to the accidents, and deny the health effects of the accidents. The companies have also been unwilling to compensate the victims economically. There are still different opinions on the cause to the Bhopal disaster and who was responsible. According to Union Carbide, it was sabotage by a disgruntled worker. As a member of the International Medical Commission on Bhopal, 1994, the author was struck by the fact that so much was written about the Bhopal gas leakage, but still many factors were unclear. It was difficult to know what were stories or ideas, and what was the truth. There was a need to analyze all material and try to come as close as possible to the “truth”. In injury analysis, the conception “the process of the accident”, including pre-event, event and post event phases, is used. Many models for analyzing the extent of injuries have been developed (Berger & Mohan, 1996). Usually they are used for events like traffic accidents and children’s burns. It was unclear whether they are useful for such a mega accident as the Bhopal gas leakage.

The UCIL factory started its production of the pesticide sevin in 1969 using MIC as an intermediate. A plant was set up in 1979 to produce MIC. The chemical process used in the Bhopal plant controlled a reaction of methylamine with phosgene to form MIC, which was further reacted with 1- naphthol to give the final product known as carbaryl.

In 1976, there were complaints of pollution by the production employees of the plant.in 1986, a maintenance employee was splashed with phosgene and died within 72 hours.in 1982 24 workers inhaled phosgene gas and were admitted to a hospital and another 18 workers were affected. A chemical engineer in august 1982 suffered 30% burns over his body on coming in contact with liquid MIC. Later that year there was another MIC leak.in 1983 and 1984 there were several leaks of hazardous gases such as MIC, chlorine, phosgene and monomethyl amine. Hence these kinds of occurrences were not uncommon in the UCIL plant and it was not a safe working place.

The leak and its effects

The UCC facility used three tanks to store 15000 gallons of liquid MIC produced which and it was to be kept under pressure using inert nitrogen which helped the pumping of MIC when needed and also kept impurities at bay. The safety regulations specified that the maximum50% of the tank should be used for storage. Another disadvantage of using MIC was that it had to be stored at 0degree Celsius at all times to keep it inert. In the last days, October 1984, the E610 tank lost its ability to maintain the nitrogen pressure which halted the production of MIC in the plant. The production was soon started again despite a failed attempt of reestablishment of the system and the 42 tons of remaining MIC was ignored. On the night of 2nd December 1984 around 10:30 pm, with the MIC safety systems not working to their full efficiency, water from a connecting pipe was introduced in the E610 tank causing a catastrophic exothermic reaction damaging the system and causing the leak of MIC. It did not take long for the gas to spread over the city of Bhopal causing great panic among the residents. The initial effects were breathlessness, severe irritation in the eyes, coughing, a feeling of suffocation and burning of the respiratory tract. People realizing the symptoms ran away from the plant. Several thousand people were victims and had died before the following morning. The primary factors causing the deaths were choking, collapse of circulatory systems, changes in the lungs and improper functioning of the kidneys are a few among many. The neo natal mortality rate rose manifold. The Indian council of medical research (ICMR) was forbidden to give out the data to the public but estimates say that more than 500,000 people were affected by it. The few implications known were in eyes, respiratory tracts, neurological systems and psychological effects. What caused the leak and how it could have been avoided? The route chosen for the production of the pesticide sevin using mic as an intermediate, was itself a major mistake as it had a lot of complications tagged with it. The liquid MIC had to be stored at 0 degree Celsius at all times even while transporting it in barrels from the storage to the production house which is next to impossible. And for proper use it had to be kept at a high pressure using inert nitrogen which was again required a strong technical system. Other manufactures were using an alternate MIC free route for producing sevin. The MIC supervisor ignored the complaint by the workers of a pollution caused by MIC leak and made the decision to consider it after the tea time which gave the gas enough time to escape to the city. Even after this mistake, the alarm for the residents near the plant was not used to its function and most of the people figured it out when they started to feel its symptoms. The safety specifications set up by the UCC were not implemented properly and were given a blind eye whenever it caused a malfunction. The storage tanks were filled much over the specified limit of 50%.the refrigeration system used to maintain the temperature of liquid MIC was not in working condition since January 1982. The flare tower used to burn the MIC was faulty and also of improper size to deal with a leak of MIC. The storage system was lacking the specifications needed to control a leak of this magnitude. The production workers were not trained properly about the safety procedures to follow at all times. This was done to reduce the training time n costs of training being bared by the company. All the effects of the disaster could have been mitigated if the government had information about the effects and composition of the chemicals used. The UCC used trade secrecy as a right to contain information about the true composition of the leaked gases. Though it was known that upto 300 toxic chemicals but insufficient research was done and that too only on animals. it was a clear case of criminal negligence. The diseases could have been managed if the government had been given the complete information about the composition of chemicals used and their long-term effects on the human body. ICMR started 24 studies about the effects of MIC but unfortunately none of them were completed and were shut down by 1994. Will there ever be ever a closure? It’s been more than 32 years since the disaster struck and yet an exact causative of the disaster has not been established. The sufferings of the victims have continued to haunt their lives ever since. The compensation has only been offered to 20% of the real number of victims and many of those have also not been given the complete proposed composition. The paltry composition given is nothing in comparison to their mounting medical bills. The victims continue to fight for justice and nobody pays heed to their continuing struggle. The complete responsibility has been put upon the courts to decide and the state and central government have taken a backseat. The government needs to step up and complete all the promises made to the victims and help them mitigate the effects it has made on their lives.

The tragedy of Bhopal continues to be a warning sign at once ignored and heeded. Bhopal and its aftermath were a warning that the path to industrialization, for developing countries in general and India in particular, is fraught with human, environmental and economic perils. Some moves by the Indian government, including the formation of the MoEF, have served to offer some protection of the public’s health from the harmful practices of local and multinational heavy industry and grassroots organizations that have also played a part in opposing rampant development. The Indian economy is growing at a tremendous rate but at significant cost in environmental health and public safety as large and small companies throughout the subcontinent continue to pollute. Far more remains to be done for public health in the context of industrialization to show that the lessons of the countless thousands dead in Bhopal have truly been heeded.

[2] Eckerman, I. (2004) The Bhopal Saga. Causes and consequences of the world’s largest industrial disaster.

Meaning of ‘a priori’?

How To Prepare For PCS(J)- Judicial Service Examination

ABOUT US
Law Epic is a news and legal Information website. We provide News and legal information to our readers. We publish Law Notes, Law News, Law Blog, Law Article and many more information and related to the Law and Society.
Contact us: Care@lawepic.com
FOLLOW US
© All Rights Reserved @ Law Epic
Go to mobile version